The Great Wall will remain with its over 21.000 km for the foreseeable future the largest border of the world, despite the installation between the US and Mexico with its over 3100 km long fence. The 24 km long fence close to Ceuta, die160 km of the former Berlin wall and the 759 km long barrier construction between Israel and the West Jordan territory show that the oldest form of territorial delineation is still used. The aspects of a boundary can be shown wth the example of a wall. 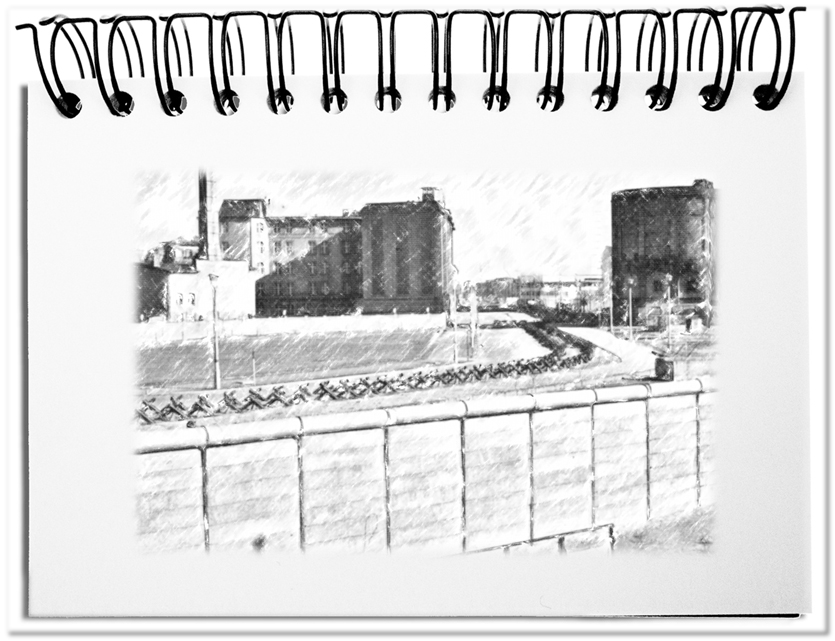 There are Boundaries with and without walls. Natural border lines always arose along waters, deserts and mountains. As soon as those dividing lines run straight on a map, they are artificially created, as for example the northern border of the US between Buffalo point and Vancouver. Former colonies can tell a tale of it. Why are walls still built despite our todays global mindset?

Borders create above all orientation – this belongs together and that does not belong to it. The wall is the symbol of a border between A and B. Within some laws are valid and outside some others. Thus, a border by itself is helpful, informative and practical. However, as soon as borders are misused to lock up or out, they become dangerous. Currently the pendulum swings back to the nation statehood. The walls are built again – mentally and physically.

Bottom line: Borders are an important tool, in order to specify a coherent territory, where a common identity and common bases exist. This creates security and comfort. At the same time borders are used, in order to lock up and out people. The wall clarifies this situation. For this reason it is an ideal metaphor for boundary.