In the course of history amazing constructions were built in different regions of the world. Even with our current capabilities, we are overwhelmed by the Egyptian pyramids, the Forbidden city in Beijing or the Taj Mahal.

All these huge achievements have in common that they were made by people with the technical possibilities of their time. Is it not amazing that we know only few of the responsible leaders? Does anyone remember at least one historic project manager? Only few are known by name; 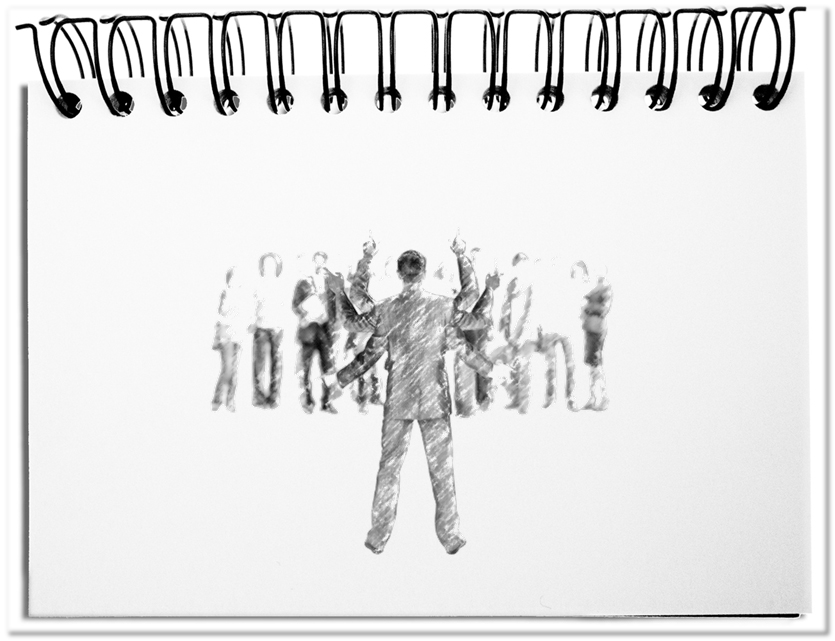 What kind of activities they did is not handed down. Probably they realized their ideas holistically, including the planning, controlling and monitoring of the tasks, people, materials, logistics, finances etc. Until today the project managers are celebrated less than the initiators and project sponsors – especially on the successful third.

The methods used today were developed only in the last one hundred years: the Gantt chart, the Critical path, Work breakdown structure, PMBOK, PRINCE, Agile Manifesto, or ISO21500. Since the Sixties more and more books were published about project management (PM) – see http://ow.ly/LbQHe . Within the last twenty years specialists have taken shape, who are doing nothing else than steering temporary endeavors – the project managers.

People such as Tom DeMarco or Frederick P. Brooks described the issues of steering projects with memorable stories. Who does not know the hint from The Mythical Man-Month* that „ … it takes a woman nine months to have a baby. But you Americans think, if you get nine women pregnant, you can have a baby in a month. “

Despite the standardization of the experiences that contains and link all important PM elements with one another, still two thirds of the projects miss their planned targets (seehttp://ow.ly/zy5hB). The complexity and susceptibility increases, what lets small disturbances become large problems. Only a few, outstanding examples are available, since large-scale projects rather announce their successes than their difficulties. Famous examples are the new City-Airport Berlin and the California high-speed rail between San Francisco and Los Angeles.

In enterprises it does not work differently. Successful projects strengthen the reputation of the Top-management. The project managers and external advisers do not become visible, except, if something goes wrong. This still leads to a higher reputation of the hierarchical line responsibility than the dynamic, uncertain work in projects. Project leadership has the following disadvantages:

With the missing consideration and appreciation of the project managers, the enterprise loses an important opportunity for increasing the employee satisfaction. The public acknowledgment of the achievements of project managers and their teams would encourage the staff to take actively part in the change of the enterprise. With the Intranet and the many, internal meetings there are sufficient channels for public appreciation available. The Top management only has to take care of it. Special achievements could be used even for external marketing, i.e. for improving the corporate image.

Bottom line: The projects are the crucial hubs for change in an enterprise. Where are the PM heroes? Who knows their names? Why the project managers are so poorly appreciated? As long as they remain the nameless heroes, who pay the price for the advancement of the company, nobody should expect substantial improvements.