We still have no explanation of how we are actually able to think consciously. Already the appropriation by means of We that implies that others think is not a matter of fact. And yet we have a silent agreement that we see, hear, feel, taste, smell and think similarly. But we still do not know how the stimuli of the environment are translated into our mental inner self and how our consciousness evolves. All we got is our ‘Cogito ergo sum’. Nevertheless, we ask whether machines have awareness. Only indirect symptoms are measurable – electrical activations and the observable activities. Through this veil of symptoms, we continue to search. 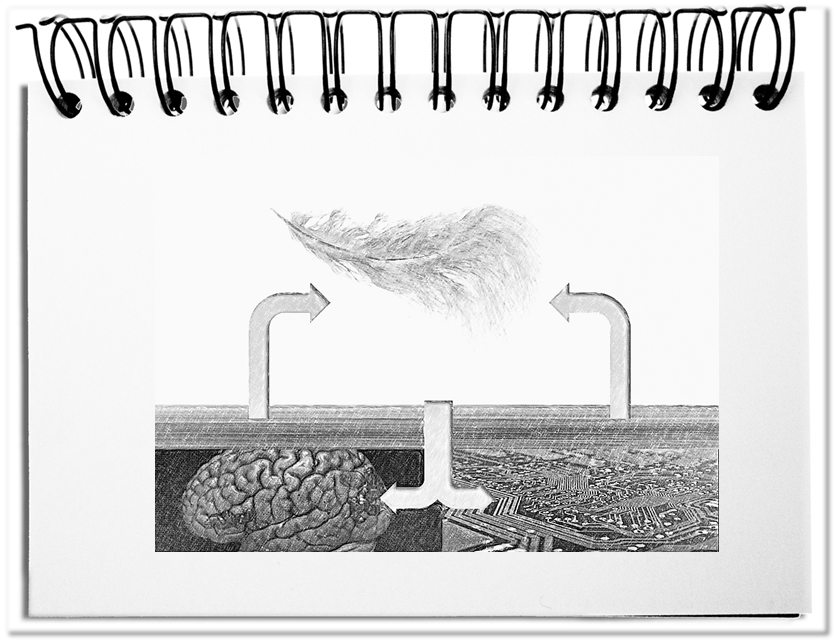 To penetrate the veil, we have at hand the elements of the world, sensory signals, our own consciousness and the resulting activities and artifacts.

The feather that we can see and touch triggers feelings that make us, for example, smile. In a computer, one could program a feather that is recognized by a camera and sensed by a sensor to make an artificial face smile on the screen. However, this does not mean that the computer develops feelings, as we have. In the medium term, the fast processing speed will lead to more and more visible actions being trained into the computer. The impression will be that the computer behaves like a human being. Whether it develops consciousness or not, will be hardly recognized, just as with other people.

Bottom line: In artificial intelligence, a lot is still argued with faith. The stimuli that the things of the world trigger will be sensitively measured. The processing in humans will not be transferable in a foreseeable future – especially not as long as we do not know what is happening in our consciousness. However, the programs are becoming increasingly powerful so that they can trigger visible actions as if … Believers can look through the veil and presume that there is consciousness behind. Nonbelievers can think the opposite. For the moment, there is no chance than glimpsing through the veil of symptoms.