This sequence and the common understanding of the matter as such must be communicated to all parties involved – especially the observers need beforehand appropriate training.

Individuals, groups, roles, processes, temporal, geographical and virtual spaces, media, and all other interesting objects are watched. In any case, the following aspects have to be considered.

Bottom line: The matter as such is the central element in the task fulfilment. This can be a matter of individual persons, groups or abstract systems that require a specific solution. In any case, it is better to consider the above aspects: the components, relationships, changes, triggers, occurrences, and above all the resulting meaning. The observation that cannot answer the above questions should always be examined critically, as the insights result from the interaction of many aspects – especially the above points of the matter as such.

For all those, who do not master Chinese, Cyrillic, Thai, Arabic or cuneiform script and hieroglyphics, those written documents in a foreign language are a collection of lines and forms that may mean something, but do not reveal their content. So far only scriptures are known, which approx. six thousand years old are. Meanwhile, Genevieve von Petzinger has found in Stone Age caves thirty-two characters all over the world. Thirty-two in total. And we recognize, what we always recognize (see figure). The particular aspect of these signs is the fact that it is again and again a matter of the same signs that were ‘written’ everywhere in the world, up to forty thousand years ago. And we have no chance to know, what they mean. 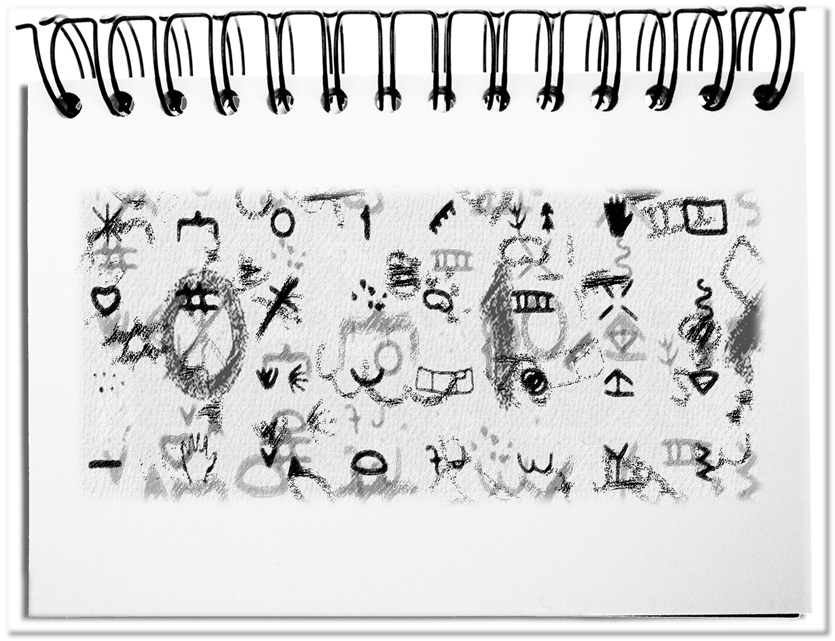 Bottom line: It is thanks to Genevieve von Petzinger that today, we not only become aware of these lines, shapes and signs from up to forty thousand years ago, but that she also recognized and structured the similarities between the cave arts scattered around the world. I wonder whether these basic forms, which we still use today, have saved their importance over the millennia. All we can do is speculate because: We only recognize, what we recognize – the original meaning was taken to the grave by the artists many thousands of years ago.