Every day we choose our preferred alternatives out of the flood of possibilities. It starts when we wake up and decide to jump out of bed or stay in bed for another five minutes. In the day, we choose from many private and commercial offers, the ones we prefer. As long as we can afford them, we have no problem. Now let’s imagine that we buy a new jacket. When paying we find out that we get a completely different one. Upon inquiry, the person behind the register explains that the colleagues have agreed to give us a different one. What’s going on here? 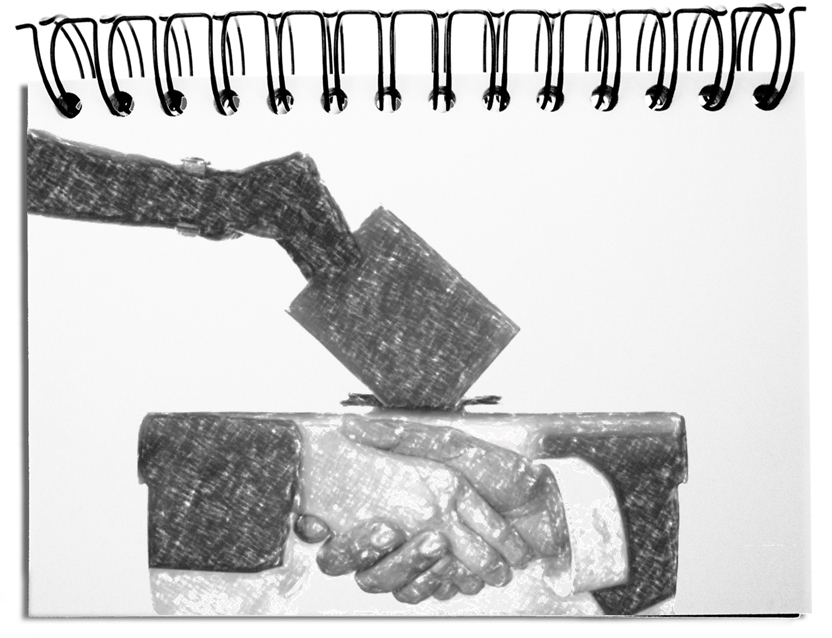 An election should always be free of influences, observations, and inequality. If this is not the case, this act becomes a farce. The same applies to democratic elections. At least two alternatives are required for a ballot. That way is how people and parties are selected to represent the electorate in certain offices. The fragmented opinions leads in Germany to an increasing number of parties. It results in a majority not being capable of governing – unlike in the USA, where are only two parties choose. Consequently, coalitions capable of reigning are formed AFTER the election – regardless of the voters’ verdict.

Bottom line: Politicians like to draw our attention to the “threatening” influences of the internet, the “fringe” parties, and the apparent problems in society – such as economic development, wind turbines, immigration, compulsory vaccinations, and masks. That way, they distract from the real issues with democracy. The electorate no longer has control over their parliaments. The parliamentarians pursue their agendas:

1) to get elected; 2) to implement party policies; 3) to serve their stakeholders.

An election thus becomes a grab bag. Only after the votes are counted, the governing coalitions are negotiated behind closed doors without the electorate. The electorate lacks the alternatives because the coalition programs have not even been negotiated before the election. In addition, the binding agreements become the maximum program for the government – no more. With a majority, the coalition can govern without considering the needs of the entire parliament. Decisions are negotiated within the coalition. In addition, the hidden factional coercion leads to the release of any responsibility of the delegates. Power is assumed by party executives and their representatives in negotiated ministries. The people’s representatives have thus found ways to govern, regardless of the will of the voters. With today’s sizes of parties, an election in Germany becomes a grab bag, the contents of which only become visible after the election is over and coalitions have been found and negotiated.