The longest project experience gained mankind with the building of its accommodations. After the available caves were occupied and people went on journey, 100,000 years ago, all have built ever more frequently a hideout. With the extension of businesses from hunters and gatherers to farmers and herders, these dwellings became more and more stable and complex in the last 10,000 years. Building houses became a profession that developed since then more and more know-how and forms. Thus the building of houses with its procedures is a basic experience of us, the ideal metaphor for a project. 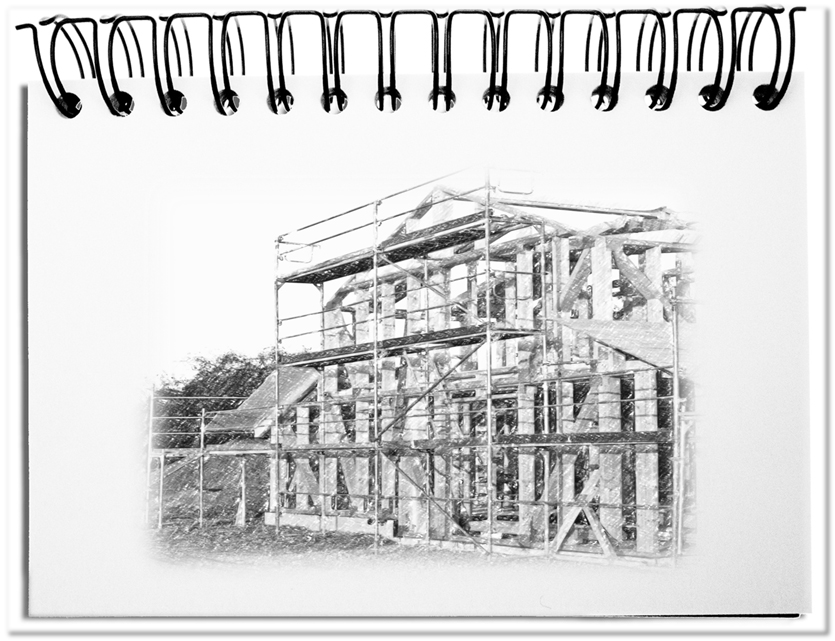 In the past twenty years the processing of projects was standardized within all areas. Nevertheless two thirds of the projects (see here: http://ow.ly/zy5hB ) still fail. In order to provide a feeling of normal completion to the participants, the building of houses offers the structure for the procedures, dependences, interim results and restrictions that can be transferred to all kinds of projects with its construction phases.

Bottom line: The house building is the ideal metaphor for a project, since it shows the dependencies of work packages. The basic steps become visible, like e.g. the upstream decision with its extensive consequences, the planning that secures the smooth operation, the structure of the shell construction that creates the framework for the later contents, the final arrangement of the details and eventually the hand-over to operations. Several thousand years of experience are conveyed by this metaphor and to facilitate the alignment.