Today’s share of public relations in goods and services is growing steadily. In the past, the results have been the center of interest. Now they are secondary, as the offers differ minimally and the appropriate presentation can show subsequently any unsatisfactory result as a success. Rattling is part of the biz. However, an increasing number of people in charge are optimizing themselves so that they limit their actions to rattling. And rattling now includes additionally lying: “Nobody has the intention to build a wall” (Walter Ulbricht 15.06.1961). In everyday life, the corresponding leaders are recognizable by a full calendar. They fill it from early in the morning until late in the evening without gaps with several simultaneous appointments. Above all, these people have polished rhetoric and a confident manner – the chassis is suitable. 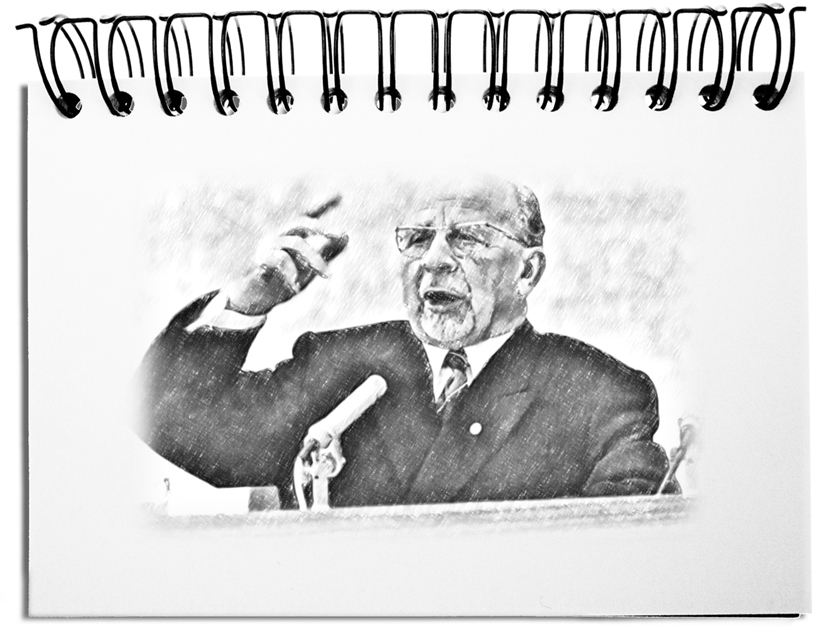 We can observe these show makers every day in talk shows and news – one who masters this is the Bavarian still Prime Minister Söder. Let’s take a look at some tricks.

Bottom line: Today’s loss of values leads to an unrestrained culture of self-promotion. It is accepted to adulate oneself. Justified accusations are imputed to others, points are scored by appearing to be affected, and the public is flooded with figures, data, and facts. Politics thus loses its credibility and drives voters into the arms of simplistic populists. In everyday professional life, performance is decreasing as employees take their leaders as role models. We can start to get real now. Or we can wait for this house of cards to collapse when the lack of results brings everyone to their knees. The body without the chassis, engine, wheels, and interior is not a car.

Let’s go for a moment two million years back to an early form of hominids, who did not have language and abstract concepts yet. They acted on instinct. Just as the blow of a reflex hammer below the kneecap makes the leg twitch. Or the pupil shrinks as soon as a lamp illuminates it. Or piano players are pressing the correct keys at the required speed with the appropriate momentum to play a rehearsed piece of music without conscious control of the fingers. Our thinking started with inarticulate feelings. Over time, our mind evolved – our thinking, our speech, and our deliberate actions. Until now, we do not know how consciousness functions. However, as we interact with the world, we follow the Cycle of consciousness. Those who are still reading hither are already using their thinking skills. The mental models, ideas, themes, and concepts have been crucial in determining how curious readers still are. 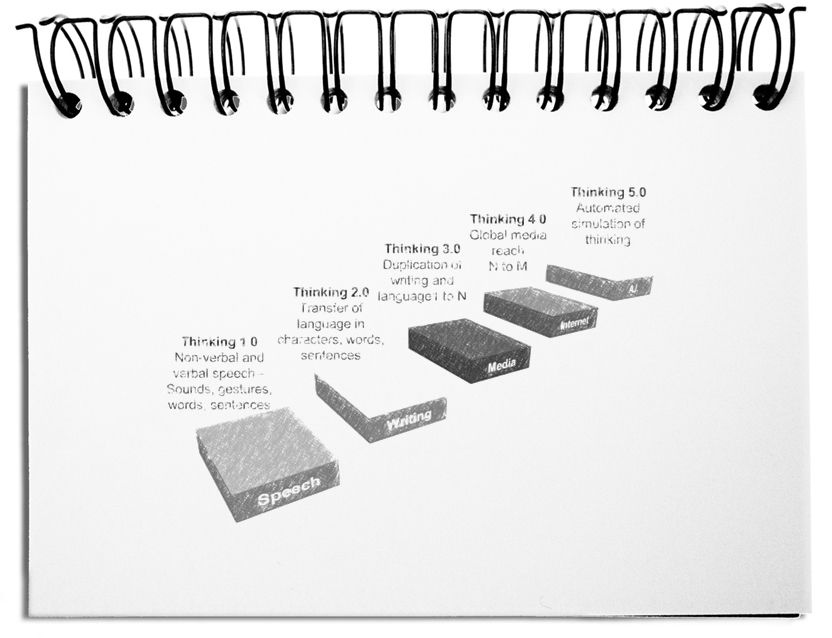 Let us consider in the following how thinking might have developed since the beginning. However, the actual development remains hidden from us.

Bottom line: Based on the above developmental stages, it may have become apparent that thinking went through different stages: speech, writing, media, Internet, and AI. Our environment has a significant influence on how thinking evolves. It appears in diverse cultures and their mental models. The stories of feral children show the impact of the environment on behavior and speech. Subliminally, the different stages still affect everyday interaction. For example, if we hear Bouba, we have a rounded shape predominantly in mind  and with Kiki a more of a jagged one  . With writing, we convey content without personal contact. The natural flood of information became possible through media and its mass products. With the Internet, we have arrived in the global village, where again individuals exchange ideas – worldwide. Artificial intelligence casts its first shadows when we stop memorizing but immediately google when we have questions. Despite all progress, the levels are still at work in our minds. Attention! Those who master the mechanisms control the rest of us.