These seasons that seem colorless and uncomfortable to some. When the clouds are hanging low in the sky and moisture is constantly exposed to gravity. The soil is no longer able to absorb the water. And artificial roads seal the ground additionally. Then shallow lakes are formed everywhere, in which the dark clouds are reflected. And then a car drives through a puddle and hurls the water into the air. Bad luck for those, who are passing by at this very moment and, in addition to the rain from above, get a gush from below. The natural reaction is to scold after the car.
But why? What the hell happened? Who did something wrong? The motorist, who was forced through the puddle involuntarily? The pedestrian who had nothing better to do than walk by the puddle right then? When gets doing false? 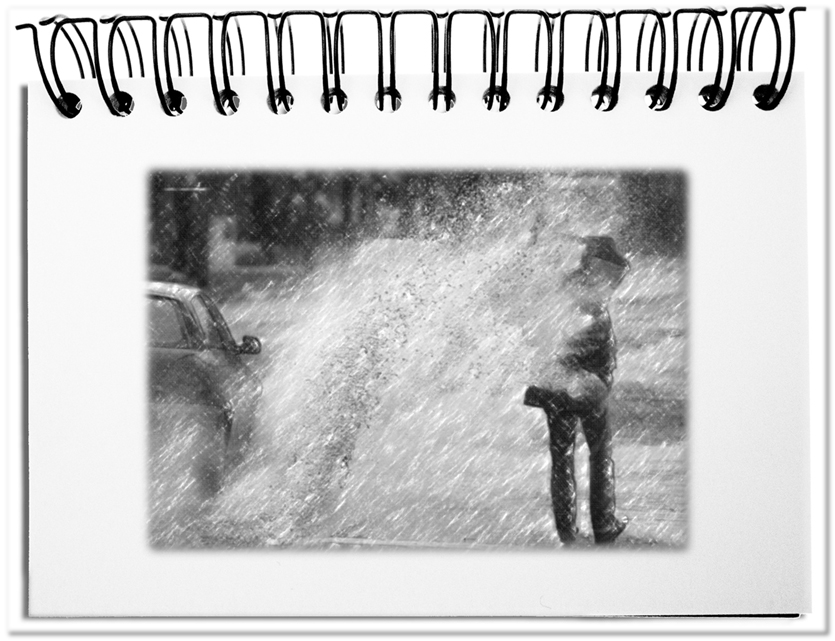 Let’s take a closer look at the situation.

Nothing happened intentionally. Everything is just an unfortunate concatenation of circumstances that led to the event described. And actually, false DOING is not the right description for errors that happen. No one makes deliberately mistakes like this – except: the arch-enemy who waited to deliberately throw a giant fountain at the hated pedestrian. Whereby this action is not really a mistake, but a well-founded, deliberated act,

Bottom line: To do something wrong requires that there is an intention part of it. If mistakes happen at work or elsewhere in everyday life, then these events, whose guilt is blamed on someone, cannot be prevented, because they happen unintentionally. Ok – you could have been more careful, less negligent and more committed. And yet mistakes would still happen. To do nothing is the only way to avoid wrongdoing. And that would be the biggest mistake. To maintain momentum, it is better to develop tolerance to errors. A mistake is a learning opportunity and provides the starting point for new solutions. Then doing won’t get false – and less goes unintentionally wrong.