More than thousands of years, customers were met where they lived. Customer contacts took place on the market. The first mail-order catalogue was printed in the middle of the 19th century. Since then, new touchpoints for customers evolved. With the Internet we are today able to get in touch globally with everyone, as long as an Internet connection is available. As a result, one business model after the other is invented. In order to be able to convert every customer meeting into a business, good preparation is needed. The basis for this is a framework for the development of the Customer Journey: the stage for the customer contact. 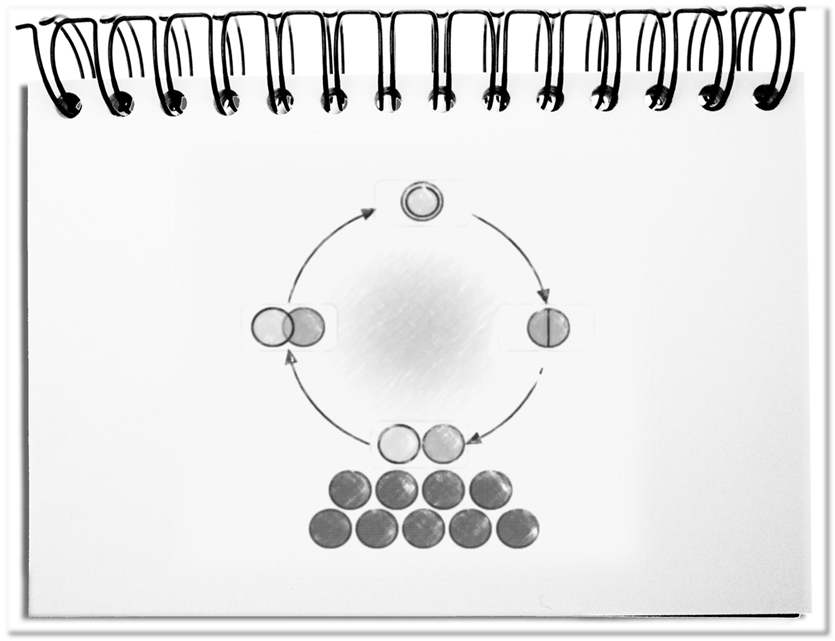 The following cycle creates the framework to synchronize the required paths of customers and affair. In the illustration, the sequence begins in the lower part.

The circle closes here. The proposals stay in the latency, until they’re revived. Thus, trends, tendencies and fashions are repeated with unpredictable intervals. With the arrow, leaving the latency left of the latency, the circular flow restarts.

Bottom line: This cycle is the framework that covers all life cycles of customers, users and suppliers. Whatever happens in the entry, the execution, the exit and the latency, is described in the respective Journey. The service framework provides the stage for all customer contacts.