As soon as you give Mr. Hammer a hammer, everything looks like a nail. This curse began with the division of labor. This creates in parallel Screwdrivers, Sawyers, Grinders, Painters, Welders, and Gluers etc. Everybody is brim-fill of energy and designs the environment depending on its specialty. In a similar way, administrative or better bureaucratic functions evolve in the enterprises and the public administration. All undertake dedicated their tasks and produce one administrative act after the other. How can you stop this fate? 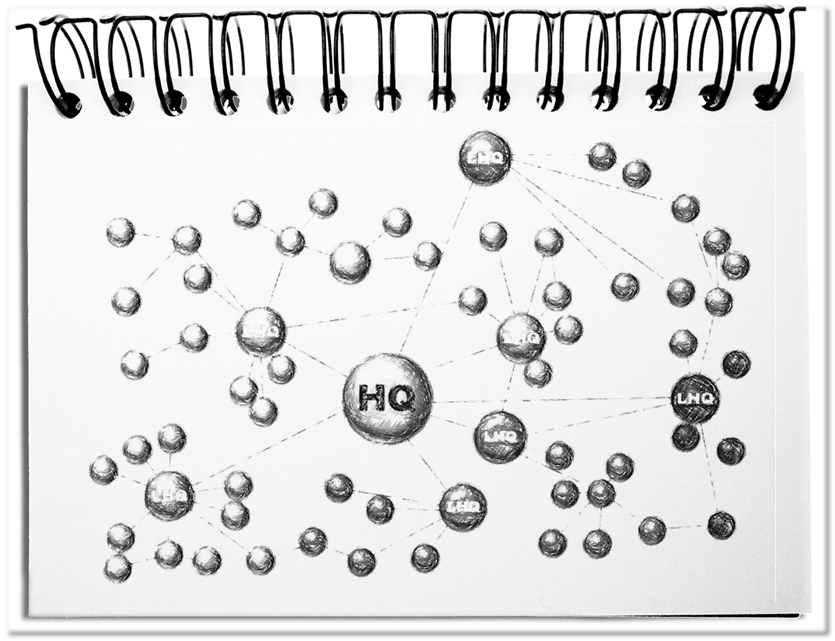 Let us consider as an example a group company that has its headquarters somewhere in the world. In different regions are local headquarters that have a similar structure and tasks. The Headquarter (HQ) controls the local headquarters (LHQ) that control the locations. All have staff positions that develop eagerly strategies, target values and guidelines – everyone, of course, for its area of responsibility. The result is a flood of regulations that develops redundantly, overlaps and often contradicts. Due to ever more hierarchical levels, this effect multiplies.

Bottom line: In each organization, no matter how large or distributed around the world, bureaucratization can be reduced by re-organizing the competencies. For this purpose redundancy-free roles are needed that are as high as possible established, with clear official channels and are provided with valid sanctions.