As soon as the virtual word of mouth reaches everyone immediately, the contribution of a messenger, the conveyor of the fact or briefly the performance of the traditional media, gets lost. Agencies can’t deploy reporters everywhere at the place of the news. At the same time, there are witnesses everywhere, who can unveil and publish a message with the simplest means – with their mobile phone via Facebook or Instagram. In addition, journalists work according to a certain working standard that requires more time for research. If then the case of a local newspaper becomes known that researched an article extensively that appeared then without indication of source in a nationwide newspaper, one starts thinking. Assuming that the news was not copied word by word and that it was only the message of the actual facts, the question arises, who actually owns the message. The sources that report the circumstances? The journalist, who does the extensive research? The publication medium that publishes the news? The witnesses, who obtain, prepare and publish the content? 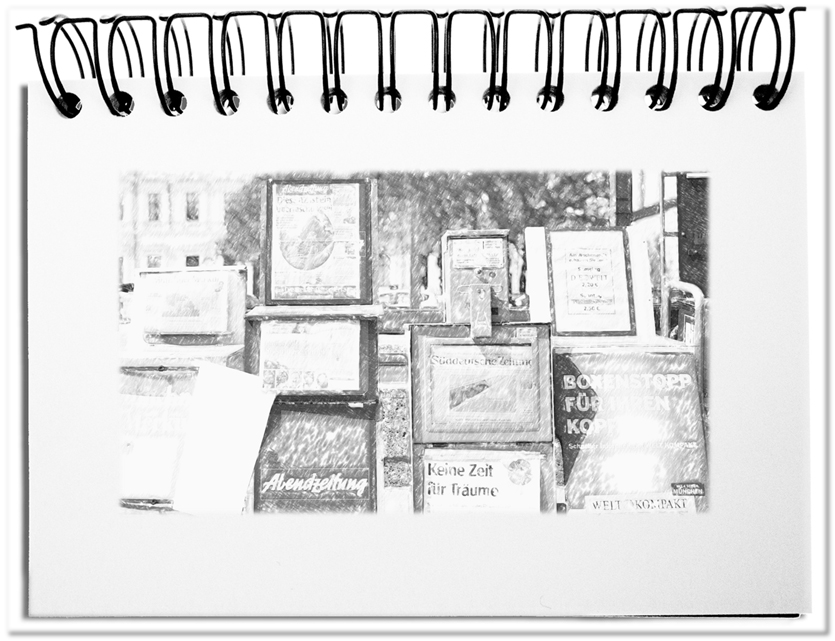 The sources, the journalists and the respective medium should on the one hand be appreciated for their contribution and on the other hand the expenses accrued should pay off. The original text is protected by copyright and may not be reused free of charge. To what extent this also applies to the actual fact, their interplay and the resulting insight is difficult to answer. For the news medium, it’s all about survival.

Bottom line: The discussion of copyright has not yet reached the so-called facts. Since the credibility of facts gets frequently questioned, the general understanding is gradually emerging that every fact also contains creative achievement – which could then also become worth protecting. If then more and more individuals open their own channels and even rally an interested fellowship, then the end of the Fourth Power, the Press, arises on the horizon. If facts are treated like goods, they also follow the rules of supply and demand. Then, at the latest, the question will arise: Who actually owns a fact?