In Germany, we receive on average more than twenty business-related e-mails per day – almost twice as much as three years before. If we assume a serious processing, then reading and answering takes on average five minutes, which leads to more than one and a half hours of email time without working on the actual task. The more emails someone receives, the less time remains for the work resulting in poor quality and email ping pong whereby the burden of emails increases continuously. Although one could reduce the effort for all participants by a conscious email handling and a certain self-discipline – e.g. by a common Em@ilette. 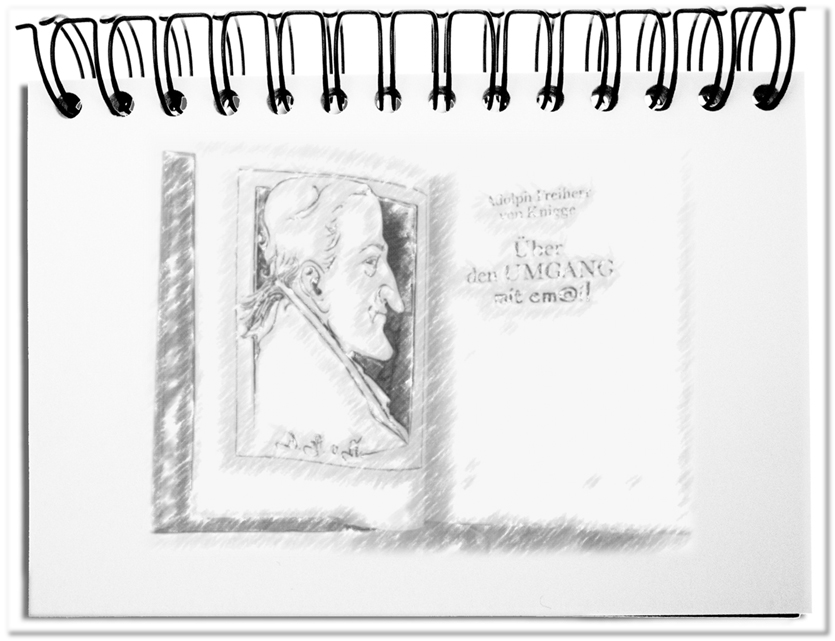 The following approaches could increase the quality of an email and thus reduce the processing time for everyone.

In addition, formal aspects can be built into an Em@ilette: a meaningful subject line; clear rules for the use of CC; suggestions for personal salutations; examples of appropriate greetings; a basic structure of the content, such as introduction, main body, binding closure, and so on.

Bottom line: The mutual exchange of information plays an important role in our everyday lives. In addition to personal meetings, the written exchange of information has shifted from physical letters to e-mails. The possibilities and the continuous acceleration create “faster disasters” for those involved. Therefore it makes sense to consider the right use of email. With this article you have an impression of the possibilities in terms of content: Recipient and solution orientation and the shortness of an email. The fact that the number of emails is increasing demonstrates that Em@ilettes are becoming also for you increasingly important.

a little bit, a long time ago, absolutely, accordingly, actually, adequately, after all, after that, again, all, all around, all in all, almost, already, also, always, any, anyone, anyway, apparently, approximately, as follows, as it were, as well … as, assuredly, at all, at best, at last, at least, at long last, at the most, barely, basically, bluntly, but, by all appearances, by far, by no means, by the way, carefully, certainly, clearly, commonly, comparatively, completely, conceivably, consequently, consistently, constantly, decisively, definitely, downright, each, easy, especially, even, ever, everywhere, evidently, exactly, exceedingly, excellent, here and there, existent, expressly, extremely, fairly, few, finally, for real, for sure, for the second time, for the umpteenth time, for this, formally, fortunately, frequently, from time to time, fully, furthermore, generally known, heartily, here and there, however, I think, I would say, I believe, in a way, in all clearness, in any case, in approximately, in contrast, in general, in itself, in and of itself, in my opinion, in places, in principle, in spite of everything, in this context, in turn, incessantly, incredibly, indeed, indisputably, indubitably, irrelevant, just, just like that, largely, maybe, meanwhile, mind you, more or less, moreover, most of time, mostly, multiple, namely, naturally, nearly, never, nevertheless, nonetheless, now, now and then, obviously, occasionally, oddly enough, of course, often, on the one hand, on the other hand, once, once again, finally, one more time, only, originally, partout, per se, plentiful, possibly, practically, preferably, presumably, presumed, probably, quite, rarely, really, recently, regardless, relatively, repeatedly, senseless, several, simply, smoothly, so, so to say, so to speak, somehow, something, sometime, sometimes, somewhere, straight, straightway, strictly, strikingly, substantially, suddenly, sustained, Thank God, the truth is, theoretically, there, thereby, therefore, ultimately, unconscionable, under no circumstances, undoubtedly, unequivocally, unfortunately, unquestionably, unspeakably, usually, very, visibly, well, without doubt, without exception, without this, yet, you could say