Facts become conveyable through language, signs and numbers. The oldest signs were painted on the walls of Stone Age caves forty thousand years ago. We cannot determine to what extent the meaning of those days has survived in our cultural memory. Due to the lack of reference books, the meaning of ancient signs (e.g. an upside-down triangle s) remains incomprehensible to us, even though graffiti is a tangible fact that everyone can see. Nowadays, the sign has various interpretations depending on the subject area: in alchemy it represents water; in meteorology it represents rain; for hobos it indicates that too many people have already been there and there is nothing left to get; in mathematics it symbolizes the Nabla operator; in street traffic it represents give priority; in the broadest sense it also stands for femininity. What gives us the certainty that nowadays facts have only one meaning – for example, if the temperature increase of the last thirty years is not perceived as threatening? Are words and numbers more meaningful than simple signs – for example, when we meet at the bank? And if there is no universal meaning, what does that make of the conjured facts – alternative facts? 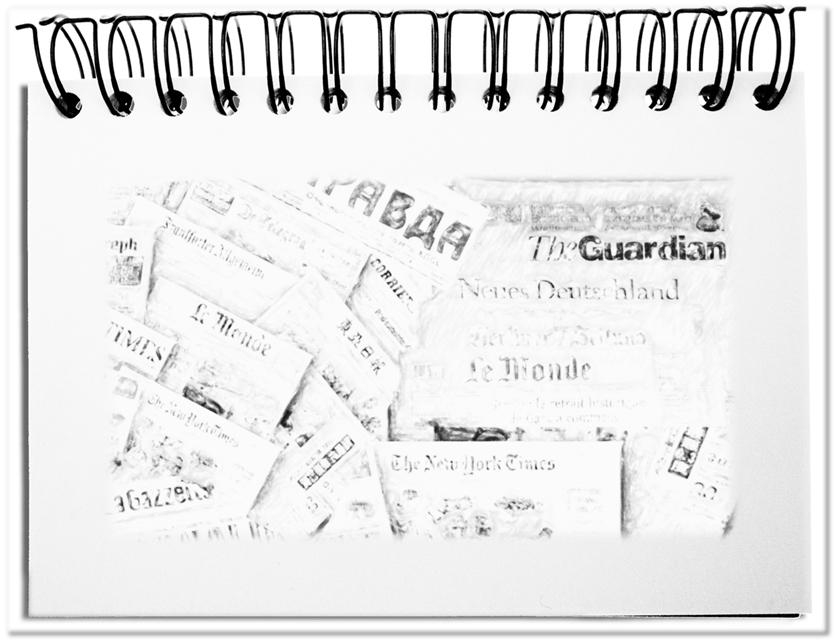 When looking at the production of facts, many influencing factors become apparent which can lead to a distortion of meaning.

Bottom line: Actually, we seem to have no more opportunities to get closer to reality. As a result, we move within our own filter bubble, which repeatedly confirms our own convictions. However, this article is intended to show that alternative facts are the very nature of things. The struggle for the one truth is pointless, since there is no such state. For this reason, we must be more sensitive to this objectivity and consciously deal with the available news. As soon as a report is filled with emotional statements (e.g. stigma words) and a corresponding intonation, all warning lights should go on (see e.g. this German television report). If this stops the faithful onward surge of lemmings, which blindly trust the demagogues and they no longer thoughtlessly follow the populists, then it would have been worthwhile to look at the inevitably alternative facts.