There was a time when Berlin was surrounded by a wall that made the city an island. At some point, you hit in West Berlin in all directions the wall, with only a few loopholes. Even today, the nocturnal journey through the former Checkpoint Charlie is still a noticeable border crossing, even without control and the wall. One dives from the white light of the West Berlin mercury vapor lamps and fluorescent tubes into the warm light of the East Berlin sodium vapor lamps. Even the attentive pedestrian notices that the traffic light man suddenly wears a hat. That’s what border crossings are about.

All kinds of systems live from the fact that something belongs to them and a lot of others do not. Often these boundaries are not so clearly marked. For this reason, it is important to be attentive to notice a passage from one system to another. The following aspects provide a simple grid to facilitate border crossings in a way that nobody takes any harm.

Bottom line: We are constantly crossing borders unreflectively. Any border crossing can lead to a conflict. For this reason, it is important to be continuously aware of the limits. For this purpose one observes the context in which one finds oneself, the actions that happen, the abilities that become visible, the convictions that become recognizable, the roles that exist and the affiliation that characterizes the other side of the border. Borders lead to demarcation and ostracism, sometimes intentional and sometimes unintentional. Crossing borders is unavoidable, but can happen with the respective awareness in a way that nobody gets harmed. These are some aspects that border crossings are about.

Common sense is influenced, when you daily take in fictional images of the media that are internalized by the mind like all other experiences – the self-healing powers of righteousness, the role models that achieve everything and the prescribed Hollywood happy ending. At the same time, you are shaped by the practical actions and behaviors, which take place around you. All this burns in permanently. In the end, you will not get rid of it. This makes the brand stamp an ideal metaphor for cultural imprint. 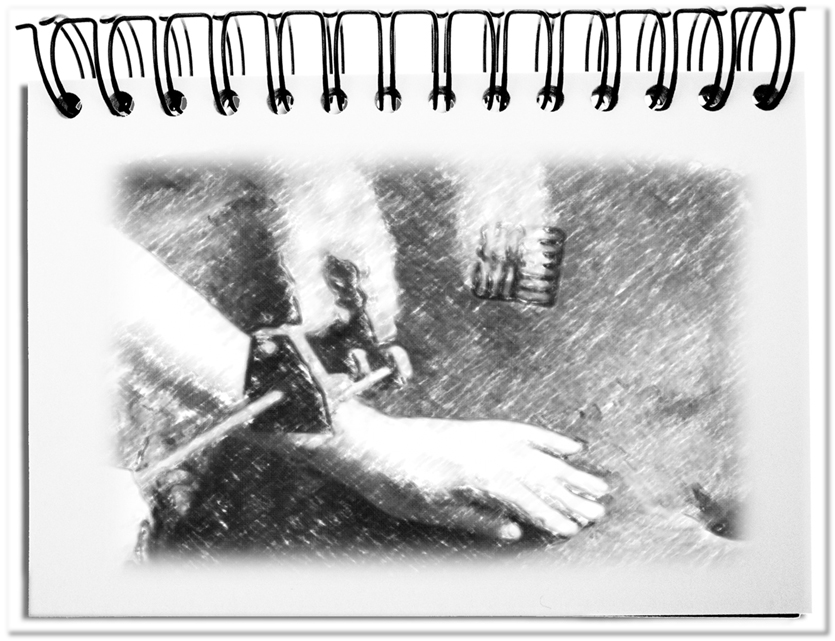 The cultural stamp becomes apparent in the things of everyday life: the context, the actions, the typical skills, the shared beliefs, the established roles and the perceived affiliation.

Bottom line: The cultural imprint has a great influence on the activities that are carried out. Roles bundle the individuals into a manageable number of groups, who feel connected to each other. The beliefs mainly include the values that have an effect in the role. Capabilities are the prerequisite for the actions that take place in a particular context. The responsible person for the change needs to take all these aspects into account to actually make a difference. Just as a branding can only be removed with a lot of effort, it is difficult to get rid of its original coinage. This makes the brand stamp to an ideal metaphor for cultural imprint.