An important reason for the introduction of writing 6500 years ago was, besides religious and ritual reasons as well as writing chronicles, the administration of lists and tables in the context of bookkeeping. In those days there were certainly moments, in which the scriveners could not perform their tasks in a timely matter and created that way piles of unfinished tasks. In this case the employees had to invent accelerated transactions, in order to process the piles. Even if there were no electronic data processing at that time, with no doubt they already had invented the batch processing. 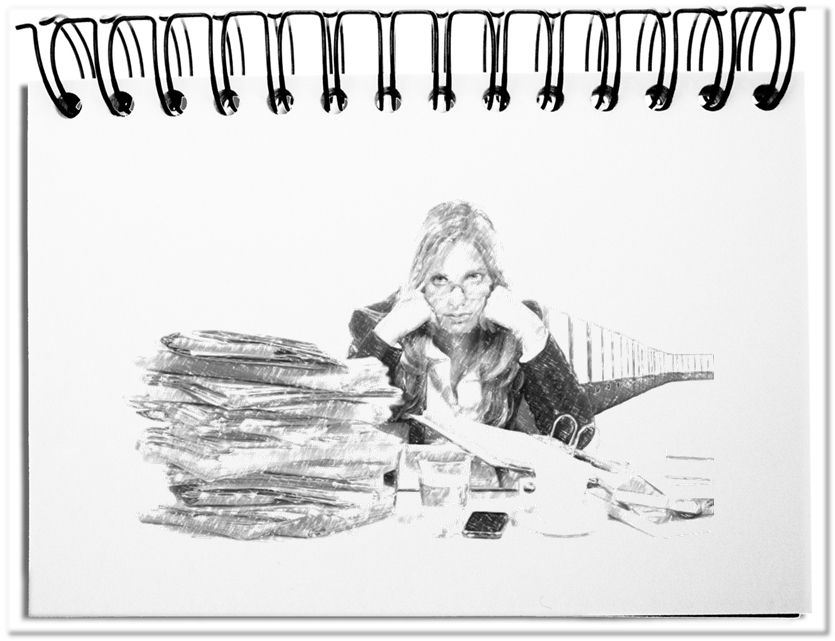 On the mainframes of today the batch processes are running over night, which transfer the accrued data of the day into the respective systems and databases. If the night is not long enough, the appropriate batch window must be expanded by additional computer capacities. The processing follows thereby different patterns.

In data processing the data are not processed with one of the above procedures, but after the logical relationships of the databases and files. The goal is to have a consistent volume of data the next day. The height of the pile depends thereby on the IT for collecting the procedures. Appropriate rules bring the data already into a format that can be processed faster, when they are typed in.

In the agile projects of today you use piles, the so-called Backlogs, likewise. Here you simply collect the tasks that are not yet realized. The Product Owner, i.e. a decisive representative of the field, determines after a sprint, which tasks are developed in the next sprint. A sprint is a two to four-week work cycle, in which the developers have full control of the conversion.

Thus, the night window for the completion of batch runs corresponds to a sprint. The substantial difference is that the batch window must complete all planned procedures, since otherwise the consistency of the data is no longer secured. If a task is not finished in a sprint, you can use the subsequent sprint or put it pack into the backlog.

Bottom line: Batch processing was always needed. The difference results from processing and the sorting of the piles – FIFO, LIFO, FEFO, HIFO, and LOFO. In the context of the agile organization the Product Owner makes the decision, but they also still follow the same patterns. That makes the batch processing a memory of the future.