Even if you fasten your seat belt, close the door and place a group of doorwomen in front of the office, as a manager you cannot hide from the demands of the VUCA world. The speed at which you have to react and the amount of skills required no longer allow us to rely on the rigid frameworks of the past. If even the American military sets up its troops with a new managing style, it should become clear to the last one that the time has come for new leadership styles. Since the solution is different for everyone, we have to design our own approach. At the same time, we run the risk of becoming sorcerer’s apprentices and being overrun by the released forces. – Spirits that I’ve cited, my commands ignore.

There are three aspects that tear you apart as a leader and give rise to the fear that you will lose control forever, once you have opened the floodgates.

This does not mean that doors and ways are opened to anarchy. It is about giving the team, and thus each individual employee, the freedom to achieve more with the existing strengths, instead of exhausting oneself with senseless and futile (self-) limitations.

Bottom line: The master of these magical powers is not the sorcerer’s apprentice, but the master. The loss of control of the trainee comes from the fact that he did not practice enough yet. That is why he formulates a bit early:

Bubble! Bubble!
Some route,
that, for the purpose,
water flows
and with a rich, full flood
to pour to the bath.

without having the capability to reverse the command. One or the other can certainly imagine the helplessness of the sorcerer’s apprentice. All concerned people are still integrated into the old structures. At the same time, many recognize the opportunities, but do not want to get into the situation of the sorcerer’s apprentice. For this reason, you should pro-actively take care of the new approaches of agility. In delimited special operation zones, which are exempt from the old rules, these new concepts, different management styles and value-based governance can be practiced by everybody. The Agilemma will slowly dissolve that way and the spirits that one has cited, you no longer want to get rid of, but to use it in growing circles.

The roles within the scope of agility are Product owner, Scrum master and Development team. The team is not further described, but it often consists of roles like analysts, developers, testers and users, who work closely together. The effectiveness of the team comes from the fact that it consists of less than 7plusminus2 members. The special characteristics of those players are usually not further clarified. And this, although those agile players do the real work and have to be people with special qualities. 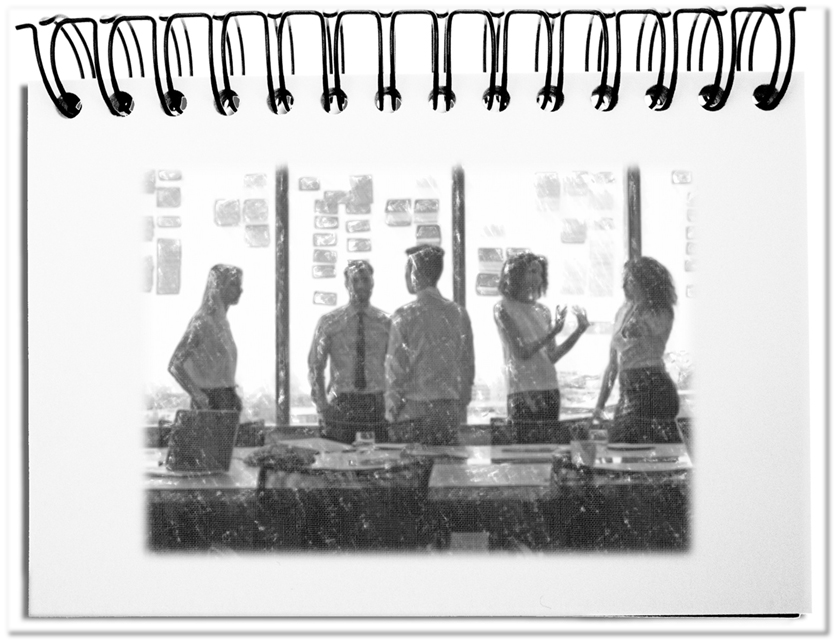 Besides the professional expertise and skills, the employees need additional capabilities. Agility gets its advantages from the concentration of the resources to the essentials, the ability to act flexibly, to orientate oneself towards the customer and the results as well as, above all, to decide self-determined. In order to affect, the players need special characteristics.

Bottom line: Managers are focused on the Product Owner and Scrum Master. But the actual work is done by the development team. The management of the heterogeneous team members is not further described and lies in the hands of the Scrum Masters. He keeps the team together, keeps the momentum and takes care of problems. But to really ensure agility the team members need a quick comprehension, an early anticipation of changing conditions, quick reaction and adaptive abilities as well as a disciplined self-motivation. In the long run the agile organization only functions, if the agile players are people with special characteristics.