How unimaginable seems to be a city that is gigantic and divided into a lower and an upper town. The border separates the two like the Berlin Wall the East- from the West-part of the city. There is no exchange of any kind. Since centuries the Upper dwellers and the Lower dwellers have forgotten the existence of each other. Above the sun never sets – below it never rises. As a result, people have adapted to their environment and speak in the meantime their own language, which sounds the same but transports different meaning. One day an explosion ruptures a huge crater, which connects the city from above with the one below. Both of them shut the crater off and recognize that they have direct neighbors, who even seem to speak their language. The boundary evaporates. 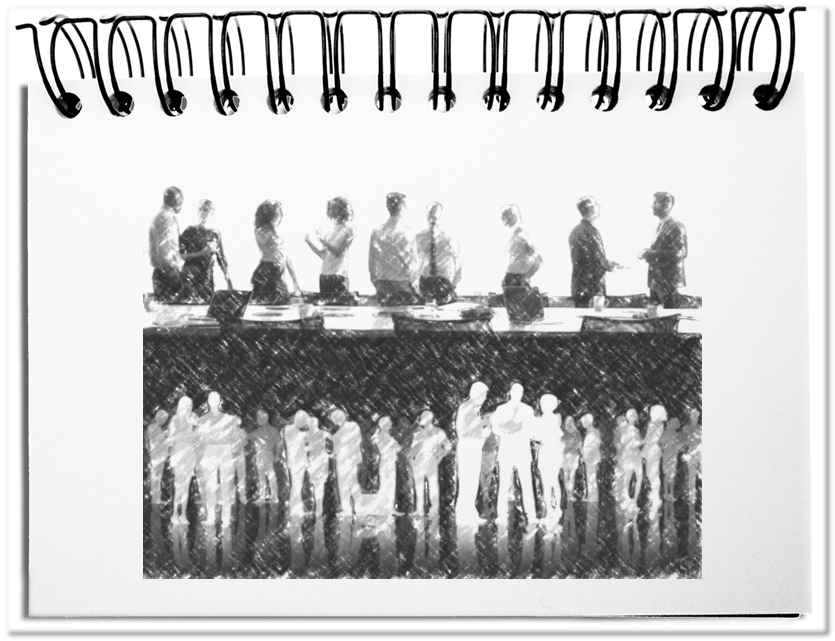 The first meetings are pleasant, since the languages are very similar and use even the same words. But then it becomes apparent that the two areas have developed in very different directions. The following examples show the differences.

Long story short. Radical constructivism postulates that there is no objective reality, but that everyone constructs his or her own personal image of the reality from his or her sensory stimuli and experiences. In the example above, we have performed a simple mental game that shows how our environment determines our way of expressing ourselves. Obviously, the Upper and Lower dwellers have lived far apart. They adapted ideally to their respective environment. Interestingly, however, their language has remained unchanged over the centuries. They may have forgotten some words that do not fit into their reality, but central utterances have survived. But they always mean something completely different. Our senses provide visual, auditory, kinesthetic, olfactory and gustatory stimuli, which we mix with our experiences to eventually express ourselves – in our example with the same words for different meanings.

Bottom line: Since Descartes, we have been trying to explore the world objectively. Today, we know that our perception is not in a position to provide a joined reality. Science has long recognized this. However, we are still trying to objectify everything. The above example is intended to show in the simplest possible way, how different the world can be perceived, depending on one’s own view and experience. We can use these insights in our daily communication by being aware of the following.

First: It is the listener, not the speaker, who supplies meaning to an utterance. (Heinz von Foerster).

In everyday life this means that one should again and again be aware of the natural limits and to make an effort to understand the counterpart.