The authors of the first chapter of the Bible described God’s command to mankind in Genesis 1:28: Be fruitful and increase in number; fill the earth and subdue it. Rule over the fish in the sea and the birds in the sky and over every living creature that moves on the ground. Now, three thousand years later, we fulfilled it and called this new era the Anthropocene. Humans have become the most important influencing factor of nature. This can be seen in climate change, the exploitation of natural resources, pollution, or the interplay of all human influences. A recent example is dealing with the Corona pandemic. While in former times, the pest, the Black Death, and the Spanish flu originating in the United States resulted in countless deaths. We apparently look at the current epidemic as a leadership problem that has to be controlled with appropriate measures. The single-track attempt to prevent the spread through efforts to reduce it, without considering the unintended consequences, e.g., society, the economy, health, education, and the environment, leads to collateral damages not yet foreseeable. And promptly citizens form up to resist – despite all resistance at a social distancing. 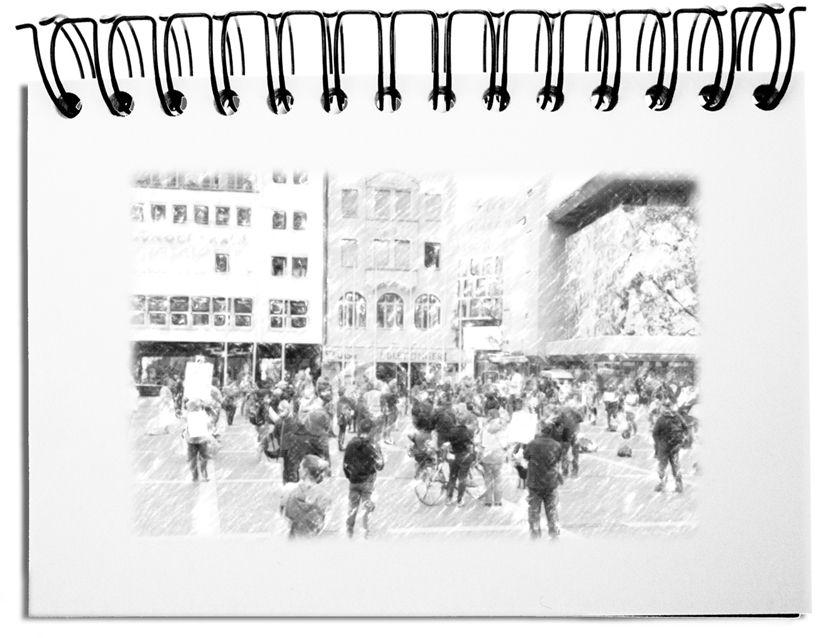 In contrast to other demonstrations of the extreme right- and left-wing groups, these people come from the middle of society. In the past, the public has referred to this new group with the rather negative connoted term Wutbürger (angry citizens), derived from Gutbürger (good citizens). In the wake of the resistance to the federal government’s pandemic regulations, these compatriots refer to themselves as Querdenker (lateral thinkers). This term, which has a positive connotation, lowers the inhibition of hitherto inactive fellow citizens from the center of society to participate in the actions. Let us take a closer look at this term.

Bottom line: The reuse of the term lateral thinker by protesters against protective measures due to the COVID-19 pandemic in Germany is ill-fated. Admittedly, this makes their resistance appear as a solution-oriented protest. However: practical proposals for a solution are missing. Quite the contrary. The activities promote the spread by the large events without minimum distance and masks. Obviously, citizens complain about the pandemic as if it were something that an administrative act can abolish. Putting this under the title lateral thinkers is inappropriate because the second half of the word is missing. There are no practical suggestions, people promote the spread by refusing to follow the distancing rules and irritate the rest of the population by spreading conspiracy theories and dangerous fake statements. As a result, the term lateral thinker loses its positive connotation. Too bad.